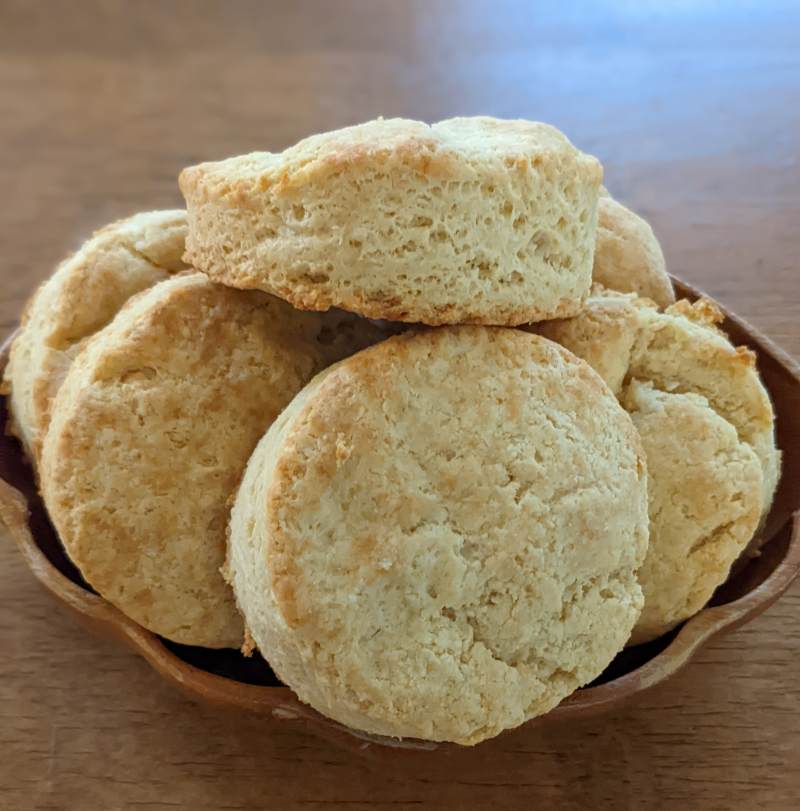 Two things I loved when I visited my two very different grandmothers as a child: buttermilk biscuits and the kind that came flying out of the cardboard tube when you hit it the right way on the counter.  Both grandmothers grew up in rural North Florida. One carried on the make-it-from-scratch tradition of her foremothers. The other was an early adopter of modern canned and frozen food. This grandmother had a closet that would rival a doomsday prepper's, full of everything from canned spaghetti to twenty-year-old salad dressing (she didn't always rotate).  She was the daughter of tenant farmers. Her father had hunting dogs, and her mother kept chickens. Food took days and a lot of work to the get to the table. She had about had it with the labor of it all by the time she had kids of her own - around the same time factory-canned food and refrigeration made their way to the middle-class.

The scratch-cooking grandma trended modern in other ways; she worked full-time as an accountant when most mothers at the time didn't.  But she also valued traditional the skills she had been taught as a girl - crocheting doilies way beyond their fashionable era, scrambling my grandfather's eggs before heading off to work each morning, triple-rinsing massive amounts of collards to cook in a large pot all day, and making wonderful cornbread and biscuits, at least when her son and grandchildren were visiting.

While I was closer to the biscuits-in-a-can grandmother, I have prided myself in cooking more like the scratch cooking, crafty one. I love the tools of the trade - pastry cutters, whisks, and elbow grease - and have used them extensively over many years of cooking for family, friends, and larger gatherings. But, as a grandmother myself now, I have grown more flexible - or maybe just tired. Anyway, my grandmother's biscuits came out fine (and took a lot less time!) with a food processor. But have it your way, just like Leta and Zona did.

The old way: Mix together flour, baking powder, baking soda, and salt. Cut butter into little pieces and, using two knives or a pastry cutter, cut into flour until dough resembles small peas.  Stir in buttermilk, a little at a time, just till dough holds together.  Roll out on "floured board" (kitchen counter) till a little less than an inch thick. But with a biscuit cutter (round cookie cutter or glass that's been dipped in flour). Place on greased cookie sheet and bake 7-10 minutes till bottoms are brown and the rest is golden.

New way: Put dry ingredients into food processor and give it a quick pulse. Add butter and pulse 2 or 3 times till dough looks like sand (it is too quick for me to stop at pea-size). Add buttermilk (I used just a little over 3/4 cup) and give it another quick pulse. Out it goes onto the "floured board," and the rest is the same.

These taste best straight from the oven, second-best halved and toasted. If you really want to go Southern, drizzle with cane syrup. 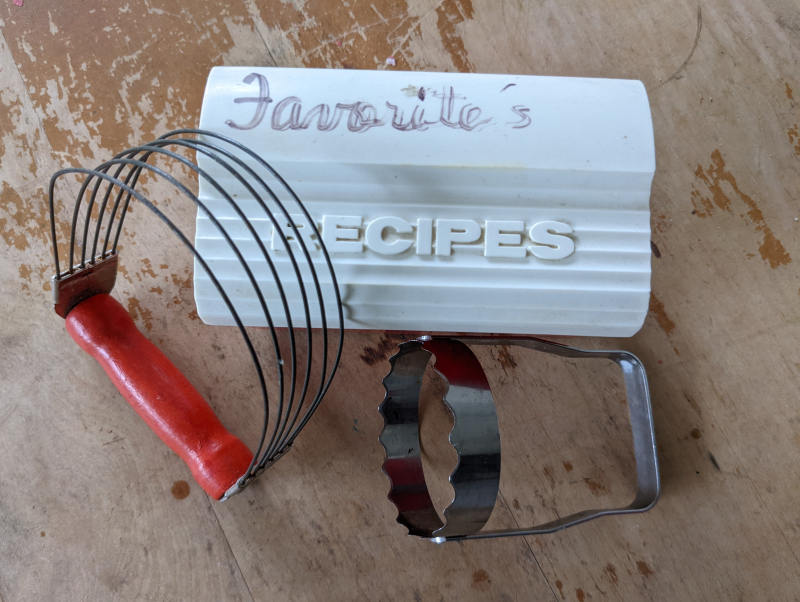