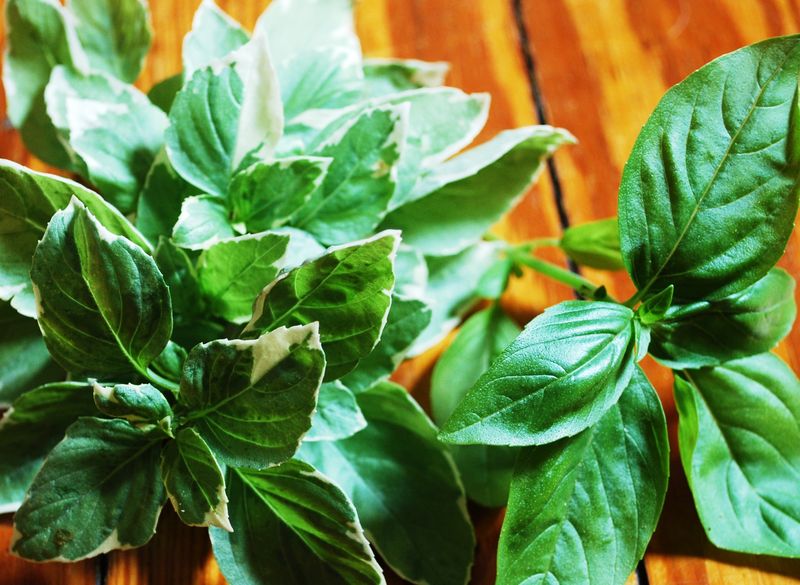 Basil smells like summer, and it is one of the few plants still looking relatively perky during this mid-June heatwave. Pinching back its flowers and watering only when necessary should keep it going all summer. If yours starts to look sad, you can cut it back and it should come back again. This summer I'm trying variegated basil as well as the traditional Genovese variety. The variegated looks so pretty in the window box.

Pesto is a great way to use basil in the summer. It's an easy dish that requires very little cooking, so no worries about heating up the kitchen. This recipe makes enough pesto for a pound of pasta. While any kind will do, I like how the pesto clings to fusilli. If you have any left over you can freeze it in an ice cube tray before adding the cheese, then thaw as needed. Traditionally the pesto is made with a mortal and pestle, and someday I hope to have one of these. For, now I have a little, used food processor which does the job. I would highly recommend NOT using a blender. I have killed several making pesto and other such gloppy concoctions.

Process the first four ingredients in a food processor or grind in a mortar with your pestle. Add to the hot pasta. THEN add the cheese by sprinkling evenly over the pasta and mixing with a spoon. Adding the cheese after the pesto allows the pesto to distribute itself evenly without getting clumped together with the melting cheese. Adding some lightly salted and peppered cherry tomatoes or chopped tomatoes adds a wonderful contrasting color and some extra deliciousness. 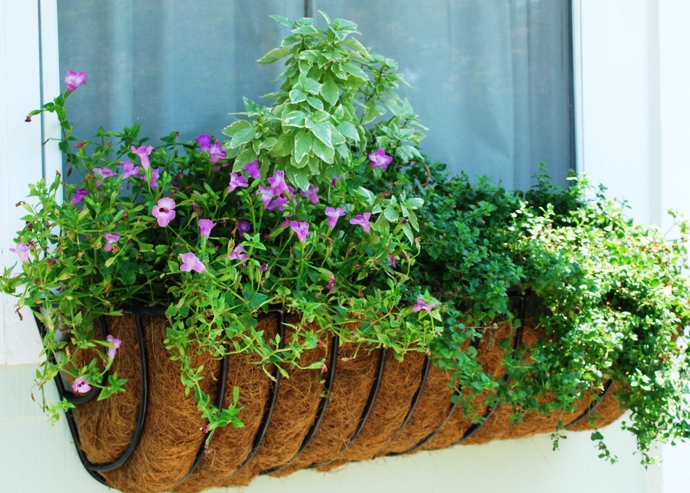 Well-known cure for the summertime blues

The true southern watermelon is a boon apart and not to be mentioned with commoner things. It is chief among this world's luxuries, king by the grace of God over all the fruits of the earth. When one has tasted it, [s]he knows what the angels eat." - Mark Twain

One of our cafe volunteers, a college student, asked me the other day if I thought that local honey had a particular medicinal quality to it. Honestly, I have not idea. But the notion that the world might be constructed in such a way that things that grow nearby are efficacious for some of our local woes (spiderwort sap for ant bites, aloe for sunburn, and citrus for winter colds come to mind) rings at least possibly true.

Cracking open a little seedless watermelon the other day reminded me of this. Could there possibly be a more perfect fruit for this heat and humidity? It's practically all water! And it's subtly sweet, beautiful to look at, and grows really well here.

Watermelon is believed to have originated in Africa, and by 6000 BC it was being cultivated in Egypt. Moorish invaders introduced it to Europe and Asia during the 11th century.  By the early 16th century, it was widely cultivated in southern Europe as a garden crop. African slaves and European colonists introduced it to the Americas, and by the mid-sixteenth century, Native Americans and Spanish settlers were growing them in their gardens in our part of Florida.

"Chucking watermelon" has been a summer job for strong teenagers in these parts for ages. A slow moving pickup rides through the fields while workers snap the vine and gently throw (chuck) the watermelon from person to person until it is placed gently in the back of the truck. I have seen this process reverse itself at Wards when a pick-up backs up to the produce doors and the hand-to-hand chucking propels the watermelon into bins awaiting customers. They usually don't wait too long. I have seen people approach the farmers in the lot as they pull in wanting to buy straight off the truck.

My father's people used to float them in the spring-fed lakes to keep them cool and we floated them in our backyard pool as a child (not so sure about the pool chemicals...). But  most of us have large enough refrigerators these days to cool them off. I find it convenient sometimes to go ahead and cut up the watermelon and put the pieces in bowls that fit more easily on refrigerator shelves. But it is still fun to eat it outside by the slice like southern kids (and native Americans, and Spanish colonists, and English gardeners, and Asian growers, and African gatherers) have been doing since the beginning of time. Good for our dehydrated, over-heated summertime bodies, and good for the soul for sure.