Jammin' with the Farmers' Market 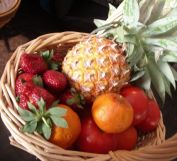 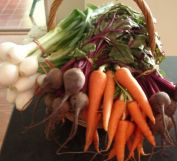 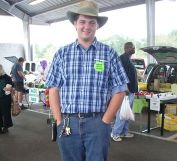 The Farmers’ Market at 441 was holding its Spring Festival last Saturday and we came home with all kinds of good stuff, including a flat of strawberries for jam-making.

I’ve made blueberry jam in the past, but this was my first time with the strawberries.  If I had to do it again, I think I might add the ½ teaspoon of butter the recipe called for to decrease foaming - although when I opened a jar this morning and mixed it around a bit, it was fine.  Just an aesthetic thing.   Making the jam was pretty quick and easy, following the recipe in the pectin package; I think I’ll do it again before the season is over.  I like the idea of just putting up a batch at a time regularly rather than making an all day thing of it. 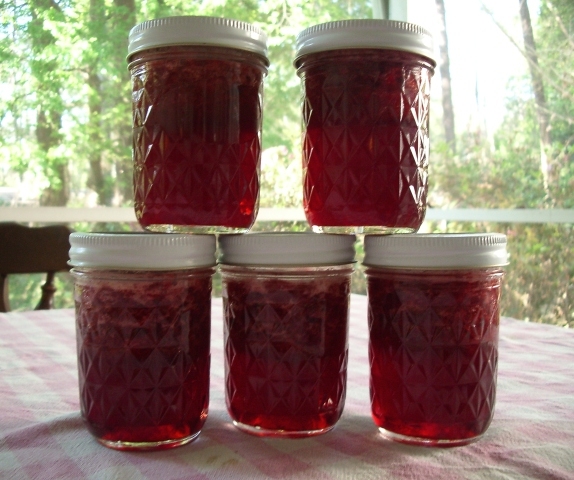 Today is a big cooking day for me.  For the last couple years Ben has invited friends over for “Wednesday Night Dinner.”  It started out as a way to socialize when his immune system was so suppressed from his cancer treatment that he couldn’t go out.  But even now that he’s well, we have a regular little group of folks who come to eat and hang out. It’s sweet, and I’ll miss it when it’s over.  As every middle-aged parent in the world is fond of saying: “It goes by so quickly.”  And since they seem to enjoy the garden/local veggies, tonight we’ll be having roasted beets, onions, carrots, and tomatoes with rosemary served on polenta with a side of lettuce/sorrel/garbanzo salad and homemade cheese bread.  Left over strawberries on ice cream for dessert.  We still go all out on Wednesdays. (bold=local farmers, bold+italics=home garden, everything else local grocer)

If this were going to be a totally locally-grown meal, I would have to leave out the grain (bread and polenta), garbanzos and ice cream.  I’d put boiled eggs on the salad for protein and maybe serve the strawberries with cream (we have a local dairy).  As it is, it fits the locavore guidelines at least - not to be too dogmatic about it.

I’ll post the recipe after we see how it turns out.

isn't the strawberry jam amazing?! i've already been informed that we can no longer eat that store bought version...and an order has been placed for mango preserves when mango season rolls around. could you post your cheese bread recipe if you have time? i'd love to try making it and i know it would be a hit here in this cheese loving household!
ps- a belated happy easter and still timely, happy spring!